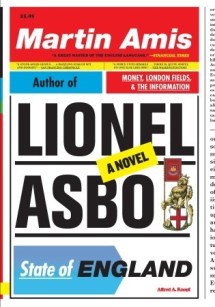 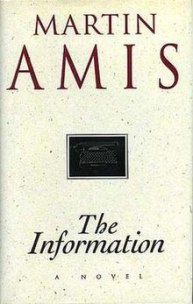 I recently read these novels for the third time each, and the results are surprising: The Information is generally regarded as Martin Amis’s finest work, but it’s not as good as it was the first time I read it. Lionel Asbo was badly reviewed, which is to say the reviewers did a bad job (the NY Times’ review by Kathryn Harrison may be the most incompetent, elementary-school review I’ve ever read on any book). Lionel Asbo supposedly falls back on recycled characters and shows that Amis is slipping, but I enjoyed the hell out of it. It was even better on the second reading, and, on the third, I had a right old whale of a time.

I think many reviewers stopped reading (or stopped paying attention) after the first three or four pages of Lionel Asbo. These are indeed quite repulsive and I was immediately worried, on the first encounter, that the book would be an unreadably pornographic disaster. But it doesn’t take much further reading to find out that your first impression is totally wrong. In retrospect, hilariously wrong.

Nabokov once explained that, “curiously enough, one cannot read a book; one can only reread it.” What he means is that, on the first reading, you’re too busy figuring out what the book is about and how it’s structured to get the most out of it. As with an old friend, the first meeting may be something special, but the quality of the time you spend with your friend changes fundamentally once you get to know him. Imagine going through life never meeting any person more than once.

Nabokov was probably the greatest novelist of the 20th century, and almost certainly the greatest stylist. English has more words in it than any other language, has the most possibilities, is the hardest to dominate. But Nabokov did dominate it – even though he called his English “patball to Joyce’s championship game.” Amis has a similar relation to Nabokov – or you could think of him as Egon Schiele to Nabokov’s Klimt. He hasn’t got Nabokov’s spiritual depth. He does have an absolutely crushing technique. His imagery is original and often astonishing – and since art is the job of finding new analogies, Amis ranks among the greatest artists living. His style so enchants the more perceptive reviewers that they can’t help trying to imitate him in their reviews. But when they dip into their haversacks for an Amisean expression they come up empty.

You should read The Information and Lionel Asbo. Ideally, you should read them a few times. The opening paragraph of The Informtation deserves to be learned by heart and recited like poetry. (“Swing low in your weep ship, with your tear scans and your sob probes, and you would mark them….”) And the thing that makes Lionel Asbo so funny, readable and rereadable, was the weakest part of The Information – the criminal character. From The Information’s semi-developed “Scozzy” blossomed the fully-rounded and wonderfully misshapen Lionel, whom I shall enjoy encountering again and again.

998 thoughts on “Contemporary fiction: The Information and Lionel Asbo, by Martin Amis”