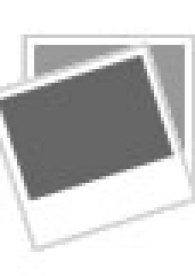 The international competition in the greatest total-artwork of all time – the gothic cathedral – breaks down like this: the Germans and Netherlanders were too austere, the Italians too idiosyncratic, the Spanish too vulgar, the Baltics too close to Russia and the Russians too chaotic to understand gothic properly. England and France are the finalists, and they took completely different approaches:

The French built for height and the English for length. French cathedrals got taller and taller, culminating at Beauvais, where the interior vault from floor to ceiling is nearly 160 feet. (So tall, in fact, that almost the entire cathedral fell over, leaving us today with the somewhat embarrassed but nonetheless extraordinary chevet choir.) English cathedrals meanwhile stretched themselves out to create the impression of a forward-moving journey to God rather than a vertical ascent. This idea culminated at Winchester, whose nave is only 78 feet high but more than 240 feet long from the western doors to the central crossing and 400 feet from the western doors to the great east window.

The French are better known for their stained glass – though so much mediaeval English glass was smashed during the reformation that a fair comparison is impossible. The French at any rate had the rose window – the greatest examples are in the transepts at Chartres, Notre Dame de Paris, and Saint Denis – and this form never caught on in England.

But the early 13th century French discovery of window tracery and the power of line and light in architecture was singular. By the mid-13th century, the French Rayonnant style reached England, where it began its transformation into Geometric and then Curvilinear Decorated – together among the most astonishing and inventive discoveries in the history of art. By the end of the 13th century, England had snatched the baton from France and would retain and gradually increase her stylistic lead until the gothic cathedral itself became extinct.

In the early 14th century, the great achievements of Curvilinear Decorated – centering on the discovery of the ogee curve – were winding their way back to the continent where the French would transform them into the Flamboyant. But the English, while completing the incomparable Ely Octagon, where already racing on to a new invention: Perpendicular, which has one of its earliest and most remarkable expressions in the choir of Gloucester, where new Perpendicular walls were literally carved out of the original Norman ones.

The French continued for the most part to distrust decorative vaulting, which emphasized length rather than height by dissolving the distinction between individual bays. The English, meanwhile, had already gone through tierceron and then lierne vaulting to a final supreme discovery – the fan vault, as in Kings College Chapel Cambridge. (There was also the unfortunate episode of the pendant vault, which is too much of a party trick to be great art.)

English Decorated took a rather regimented and compartmentalized French invention and added the necessary freedom of imagination. The pinnacle of beauty thus reached was achieved never before, and only very rarely since.