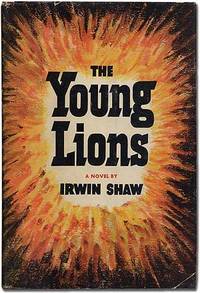 Generally, when I read a novel that handles anti-Semitism or racism, I expect nauseating sentimentality and the psychological insight of a retarded two-year-old.  Granted, most of my experience in this department is from high school English classes, where retarded two-year-olds were choosing the curriculum – largely with the goal of inciting of race-hatred against white men.  (I could dexteriously charge public high schools with destroying a whole generation’s worth of race-relations progress, but that’s another piece.)

Shaw is not sentimental, and he is not cynical.  He can be tragic without being maudlin.  This is one of the only modern novels I’ve encountered that succeeds in being moving, and even uplifting, like a sorrowful but sympathetic smile.  (Most attempts at reaching this delicate area of the reader’s psyche are miserably maladroit, the sort of thing a spinster discusses tearfully with her cats.)

There are three separate stories – three main characters – and Shaw bounces around between them and gradually tightens the weave until they meet.  The American, the Jewish American, the German.  Shaw starts at Christmas, 1937, and works his way through the Second World War, advancing years, months or days with each chapter, arriving finally at the liberation of a concentration camp, by which point the American and the Jew are serving in the same infantry platoon and finally encounter the German.  But, despite the importance of the War to the story (just as in Lucy Crown), this is not a book about the War (and neither is Lucy Crown).  The Second World War was the perfect event for Shaw’s art – within living memory of the First, but different in character, with a deeper idea involved.  American men were sent away – and volunteered themselves away – to fight for an idea that many understood only imperfectly and some not at all.  And yet the sum, integrating over all of America, was a perfection of nobility, generosity, and gentleness of spirit.  Shaw’s examination of the American character – and the French, and the German – is astounding and honest.  Ruthlessly and yet non-cynically honest.

There are similarities to The Sun Also Rises – a book often misunderstood as anti-Semitic.  The Jew in the story has the greatest strength of character.  This rubs off on the other characters, sometimes repelling a bad character who becomes worse.  But also sometimes producing a dull but unmistakable resonance in the sleeping souls of less sensitive men.

When Shaw called himself a narrative, as opposed to lyrical, writer, he meant that he was more concerned with the onward rush of his story than with the inherent beauty of the English language.  This sets him up in opposition, stylistically, to Nabokov or Martin Amis.  It does not mean that he has a lesser grasp of his characters.  On the contrary, Shaw’s characters are as thoroughly, masterfully, deeply and feelingly wrought as those of any 20th century novelist.  This is an extraordinary and extraordinarily entertaining book by as honest a writer as you will ever encounter.

369 thoughts on “Modern Fiction: The Young Lions, by Irwin Shaw”